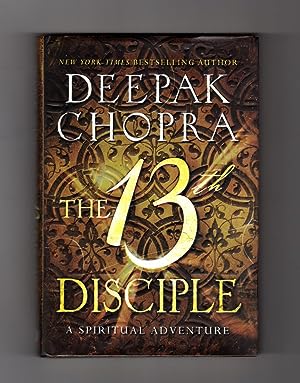 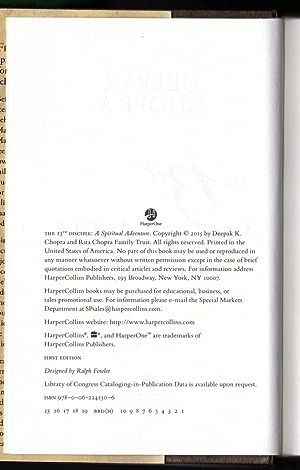 The New York Times bestselling author of Buddha and Jesus weaves together historical narrative, mystery, exciting adventure, and intrigue in this masterfully told novel that reveals surprising discoveries about the unknown last disciple of Christ, and a new understanding of who Jesus was in his final days.

When a solid gold reliquary missing from a church in Belgium suddenly resurfaces in America, a young newspaperman begins to investigate the story. At first, it seems like just another case of a treasure stolen during World War II that has resurfaced. But it soon becomes apparent that much more is at stake.

Hidden within the medieval reliquary is a gold box that holds a sacred relic—a single finger bone—from an anonymous saint. Why would the remains of someone unknown to the Church be considered holy? The search for answers leads to a shocking discovery—a dangerous secret known only to a small band of people. If one touches the reliquary, a sacred vision is received—a vision involving a young girl who had a chance encounter with Jesus just before he was crucified.

The few people who have been blessed with these miraculous messages have banded together into a mysterious school, a closed society that preserves this venerated wisdom. But their knowledge of the young girl and Jesus is at once so fascinating yet so highly controversial that it cannot be shared with the world.

This young girl, curious about the charismatic man named Jesus, embarks on a quest to find out who he really was. What she finds—the knowledge the society protects—is at times far different from the accepted gospels. Could this unknown girl be the 13th Disciple—the last and truest apostle of Christ?

From Deepak Chopra comes a spiritual adventure story about Christ's forgotten disciple, an ancient mystery school, and the timeless power of faith.

Before suddenly disappearing from her cloister, Sister Margaret Thomas McGeary leaves behind a solid gold reliquary, which her niece Mare dis-covers tucked away among Sister Margaret's belongings. "This is from the thirteenth disciple," a handwritten note says, "follow it where it leads," setting into motion a millennia-old mystery about the final—and truest—disciple of Christ. As Mare searches for her lost aunt, she begins to realize that the reliquary contains a secret that could very well change the history of Christianity and forever redefine what it means to be a person of faith.

Joining Mare in her quest is a ragtag and reluctant group of sinners and skeptics—Frank, a journalist eager to break the story; Lilith, an eccentric mother of two who knows more than she's letting on; Galen, a misanthrope with a hidden past; and Jimmy, a hospital orderly whose faith sustains him even in the darkest hours. Together, they try to make sense of the reliquary and its mysterious contents. But are they ready for what they learn about the reliquary—or themselves?

Weaving together masterful storytelling, page-turning intrigue, and biblical and religious scholarship, Deepak Chopra reveals illuminating truths about Jesus, his followers, and, ultimately, belief itself. Like his previous New York Times bestselling novels Buddha and Jesus, The 13th Disciple invites readers to know and experience religion in a new and breathtaking way.

Rare and unique finds of all descriptions; it's the uniqueness, beauty or inherent fascination of the piece which places it here at singularity rare & fine.

Returns accepted for full refund for up to two weeks from purchase date if
received in unchanged condition (items which are in their original packaging,
such that that packaging constitutes part of their collector value, must be
returned with that packaging unchanged).


Orders usually ship within 2-3 business days. Shipping costs are based on books
weighing 2.2 LB, or 1 KG. If your book order is heavy or oversized, we may
contact
you to let you know extra shipping is required.