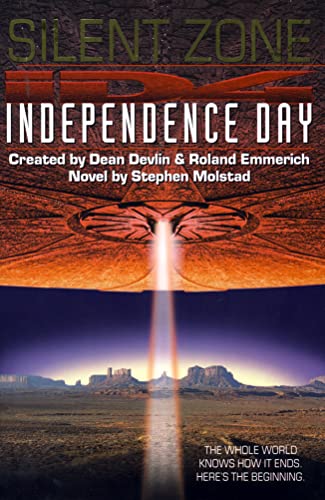 It came out of deep space, an alien ship one fourth the size of our moon, protected by an impenetrable force field, destroying the earth's biggest cities with cold, methodical precision. One by one, they went down: New York, Tokyo, Los Angeles -- no one knew how to stop it, no one knew exactly what it was. The army was powerless, President Whitmore was stunned, and the people were beginning to panic.

Enter a ragtag team of unsuspecting heroes who know survival isn't the main thing, it's the only thing. David Levinson, a cable man and gifted hacker who could tap into any computer system and stand it on its ear in minutes; Jasmine Dubrow, an exotic dancer and a gutsy single mom who would kill an alien barefisted to save her young son; Russell Casse, a broken-down crop duster with a weakness for Jack Daniels and hopeless causes; and Marine Captain Steven Hiller, a frustrated would-be astronaut who has the right stuff and knows it.

Although they aren't fully aware of it, the fate of what's left of the world depends on them. It will take their combined grit, intelligence and courage to survive, and to uncover a devastating UFO secret that has been hidden from the public for more than 40 years.