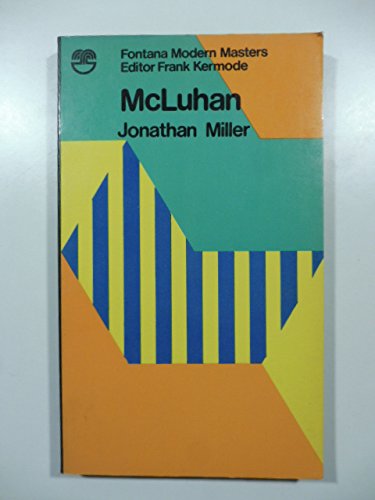 However modern the master, he must build on the thought of the past; and the most modern of masters can usually be shown to belong to some well-defined tradition. This, Jonathan Miller believes, is particularly true of Marshall McLuhan. Tunnelling through McLuhan's medium into his message, he finds . . . But the reader must be free to follow Miller's intellectual detective story to its appropriate, paradoxical end. 'I can still recall', he concludes, 'the intense excitement with which I first read McLuhan in 1960. Not that I remember a single observation which I now hold to be true, nor indeed a single theory which even begins to hold water. And yet, as a result of reading him . . .'
As well as writing about McLuhan, Jonathan Miller has recently directed several plays (including The Merchant of Venice and The Tempest) and a film. He is also well known for his part in the famous review Beyond the Fringe; for his film of Alice in Wonderland; and as a TV director and editor. He has contributed to a wide variety of periodicals including the New Yorker and the New York Review of Books. But all Miller's many activities (he was trained as a doctor and is a member of the Royal Society study group in non-verbal communication) are guided by one - a passion for ideas and their ancestry, as his book clearly shows.