Items related to Drawing Fire: The diary of a Great War soldier and...

Smith, Len Drawing Fire: The diary of a Great War soldier and artist

Drawing Fire: The diary of a Great War soldier and artist 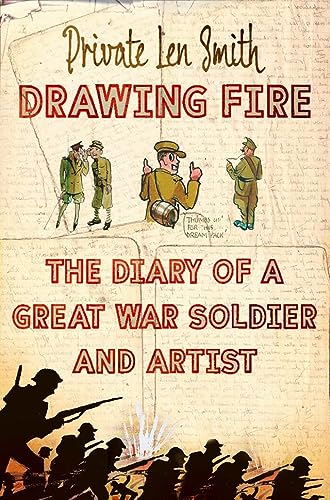 A vivid and powerful diary of life in the trenches

The horrors of war in the trenches are brought to life with a rare immediacy and power through the diary of soldier and artist Len Smith. Enduring battles such as those at Loos and Vimy Ridge, Len survives with a mixture of whimsical humour, bravery and sheer good luck.

Len enlisted as an infantryman in the City of London Regiment on his 23rd birthday, 22 September 1914. During the war years he kept a journal on scraps of paper which he hid in his trousers to smuggle home at the end of the war. At the same time, he added to his thoughts with colour sketches of the people and places he encountered.

Len Smith fought in some of the bloodiest battles of the First World War - at Loos and Vimy Ridge - before being drafted as an observer and becoming an accredited War Artist. After a severe bout of trench fever he was transferred to the Royal Engineers Special Branch where he worked on various camouflage devices.

After the war he worked as a commercial artist, and died aged 83 in 1974. His nephew, David Mason, re-discovered the diary amongst family papers.

"I wish I could have met him - a sniper's rifle in one hand and an artist's brush in the other." Christy Campbell