Items related to The Dark Is Rising Sequence: Silver on the Tree; The... 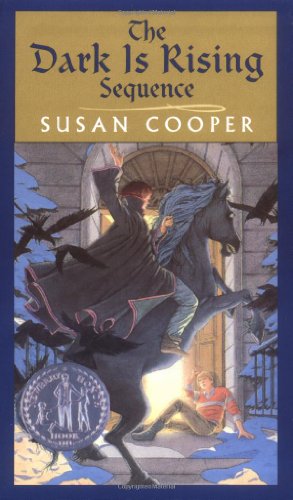 Cooper's highly acclaimed series--Over Sea, Under Stone; The Dark Is Rising; Greenwitch; The Grey King; and Silver on the Tree--is now available in its entirety for the first time in an attractive, sturdy boxed set that's perfect for gift giving. Size A. CC

Joined by destiny, the lives of the Drew children, Will Stanton, and a boy named Bran weave together in an exquisite, sometimes terrifying tapestry of mystery and quests. In the five-title series of novels known as The Dark Is Rising Sequence, these children pit the power of good against the evil forces of Dark in a timeless and dangerous battle that includes crystal swords, golden grails, and a silver-eyed dog that can see the wind. Susan Cooper's highly acclaimed fantasy novels, steeped in Celtic and Welsh legends, have won numerous awards, including the Newbery Medal and the Newbery Honor. Now all five paperback volumes have been collected in one smart boxed set. These classic fantasies, complex and multifaceted, should not be missed, by child or adult. The set includes Over Sea, Under Stone, The Dark Is Rising, Greenwitch, The Grey King, and Silver on the Tree. (Ages 9 and older) --Emilie Coulter

Susan Cooper was born in Buckinghamshire, read English at Oxford and began her career as a reporter and feature-writer for the Sunday Times. Her sequence of fantasy novels, THE DARK IS RISING, won her numerous international awards, including the Newbery Medal. She has also written a Broadway play and several film scripts for TV and cinema. Susan Cooper lives in Connecticut, USA.