Items related to The Last Goodbye 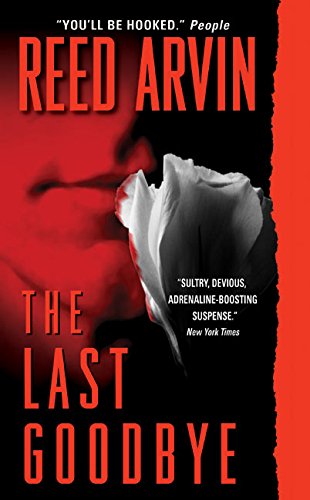 When a down-on-his-luck attorney gets mixed up with a gorgeous singer with a secret past, it results in a volatile tale of love, betrayal and murder in the tradition of Richard North Paterson and other bestselling authors.

Jack Hammond is a man haunted by the sins of his past. Once a member of a white-shoe law firm, he lost his once-promising career because of a transgression with a beautiful female client. Now he works out of a seedy office in downtown Atlanta. The only income he can count on is as the court-appointed attorney to the dregs of the court system. When his friend-a former addict and computer whiz who'd turned his life around-is found dead in his apartment with a syringe stuck in his arm, Jack knows there's something very wrong. In his attempt to get to the bottom of Doug's murder, Jack is drawn into the spellbinding world of a gorgeous black opera singer with whom Doug had been secretly in love.

As the story deepens, Hammond gets pulled into the worlds of high-tech, biological research, big business, and high society. Arvin pulls all these threads together in riveting fashion.

Reed Arvin's new novel introduces an unforgettable hero whose flawed humanity and wry humour will keep readers rooting for him, and a fast-paced story with enough twists and turns to keep readers turning the pages.

"The Last Goodbye is the best thing a thriller can be: suspenseful, intelligent and well-written. Reed Arvin is the real deal."
-Harlan Coben, author of No Second Chance

"I was moved by this gritty, romantic thriller. It's a heartbreaking love song to modern Atlanta its tragedies, its promises, its failure, its dreams. The Last Goodbye is magnolias and humidity, yet it's also crime and redemption. I've never met Reed Arvin, but I'd be proud to claim him as kin."
-Margaret Maron, author of Last Lessons of Summer

"A rare achievementReed Arvin has crafted a first-rate thriller that works both as an airplane read and as a serious novel. The Last Goodbye has depth, original characters and plot twists that truly surprise."
-Phillip Margolin, author of The Ties That Bind

Reed Arvin grew up on a cattle ranch in rural Kansas. After a successful career as a music producer in Nashville, Arvin began writing full-time. He lives in Nashville, Tennessee.