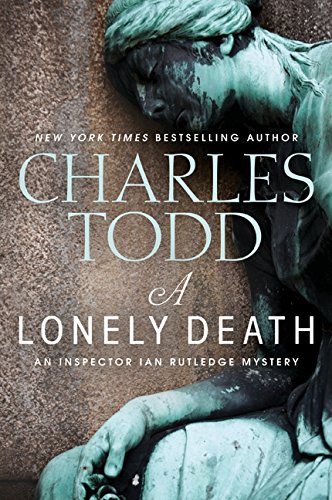 “Todd’s Ian Rutledge mysteries are among the most intelligent and affecting being written these days.”
—Washington Post

A breathtaking blend of psychological complexity, haunting atmosphere, compelling twists, and impressive detail, the novels in the Ian Rutledge mystery series have garnered their author widespread acclaim and numerous honors and awards. At the heart of the series is the compelling Scotland Yard detective inspector Ian Rutledge, a veteran of the Great War who understands all too well the darkness that lies within men's souls.

Now three men have been murdered in a Sussex village, and Scotland Yard has been called in. It's a baffling case. The victims are soldiers who survived the horrors of World War I only to meet a ghastly end in the quiet English countryside two years later. Each had been garroted, with small ID discs left in their mouths.

But even Scotland Yard's presence doesn't deter this vicious and clever killer. Shortly after Inspector Ian Rutledge arrives, a fourth soldier is found dead. With few clues to go on and the pressure building, Rutledge must gamble everything—his job, his reputation, and even his life—to find answers.

Charles Todd is the New York Times bestselling author of the Inspector Ian Rutledge mysteries, the Bess Crawford mysteries, and two stand-alone novels. Among the honors accorded to the Ian Rutledge mysteries are the Barry Award and nominations for the Independent Mystery Booksellers Association’s Dilys Award, the Edgar and Anthony Awards in the U.S., and the John Creasey Award in the UK. A mother-and-son writing team, they live on the East Coast.

6. A LONELY DEATH: AN INSPECTOR IAN