Items related to Winnie of the Waterfront

Harris, Rosie Winnie of the Waterfront

Winnie of the Waterfront 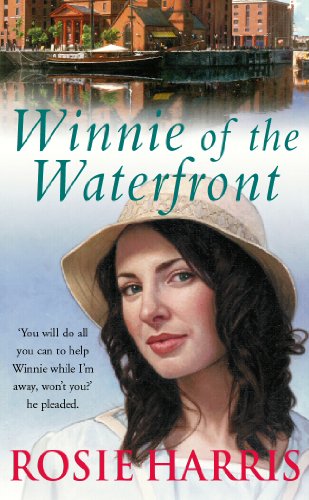 Crippled by polio, little Winnie Mallow has little to look forward to in life after her father is called up into the army and her mother, Grace, begins drinking heavily. After her father is killed in action Winnie is sent to an orphanage where she is the butt of children's taunts. At 14 she is sent out into the world and has to face the hardships of fending for herself. Hopefully she'll finding the love and fulfillment she's always longed to have.

A gripping new saga set in Liverpool: the story of young Winnie Molloy, crippled by polio, whose father is "Missing Presumed Dead" and whose feckless mother Grace meets with a fatal accident. At fourteen, she is sent out into the world to fend for herself. Will Winnie's life improve?

Rosie Harris was born in Cardiff and grew up there and in the West Country. After her marriage she lived for some years on Merseyside before moving to Buckinghamshire where she still lives. She has three grown-up children and six grandchildren and writes full time.

3. Winnie Of The Waterfront