Items related to The Bride of the Wilderness

McCarry, Charles The Bride of the Wilderness 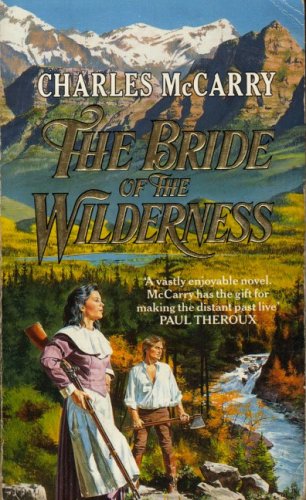 Charles McCarry is the author of ten critically acclaimed novels and nine nonfiction books. He is a former editor-at-large of National Geographic and has contributed dozens of articles, short stories, and poems to leading national magazines. His op-ed pieces and other essays have appeared in the New York Times, Wall Street Journal, and Washington Post. For ten years he served under deep cover as a CIA operations officer.

From Publishers Weekly:
Acclaimed for The Tears of Autumn, The Last Supper and other thrillers featuring master-spy Paul Christopher, McCarry now brings us a very different kind of novel set largely in early 18th century London and New England and featuring Christopher's ancestors. This is a remarkable narrative, written in McCarry's honed, imaginative style and packed with historical detail presented not as background but as lived experience. The central character is the enterprising Fanny, half-English, half-French, who, after various vicissitudes in London, accompanies her godfather, Oliver, when he goes to Connecticut to claim his inheritance. There she is abducted by Indians, taken to Canada and finally rescued by her French lover. The secondary characters, equally brimming with vigor and individuality, include savage Indians (scarcely more savage than the English and French for whom they fight); Oliver's beautiful, willful wife, who is in thrall to witchcraft; the Indianized daughter of an army captain; and a Puritan preacher-surgeon of surpassing toughness. Adroitly depicting passion, brutality, cultures in conflict and New World natural beauty, this novel is as engrossing as it is unusual.
Copyright 1988 Reed Business Information, Inc.