Items related to A Pharmacology Primer: Theory, Applications, and Methods 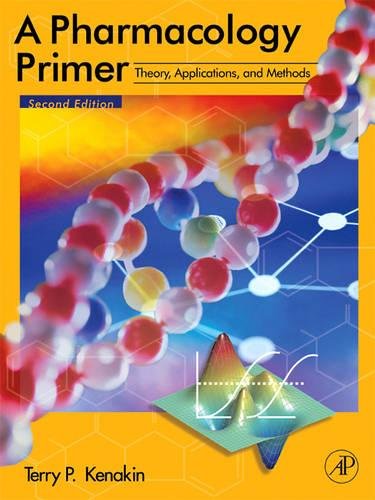 The Second Edition will continue this tradition of better preparing researchers in the basics of pharmacology. In addition, new human interest material including historical facts in pharmacology will be added. A new section on therapeutics will help readers identify with diseases and drug treatments.

Terry P. Kenakin is the recipient of the 2008 Poulsson Medal for Pharmacology awarded by the Norwegian Society of Pharmacology for achievements in basic and clinical pharmacology and toxicology. He has also been awarded the 2011 Ariens Award from the Dutch Pharmacological Society and the 2014 Gaddum Memorial Award from the British Pharmacological Society. Having been involved in drug discovery for over 30 years, his interests include the optimal design of drug activity assays systems and quantitative drug receptor theory. He is a member of numerous editorial boards as well as Editor-in-Chief of the Journal of Receptors and Signal Transduction and Current Opinion in Pharmacology. In addition, Dr. Kenakin has authored numerous articles and has also written a number of books on pharmacology.

Book Description Condition: Good. EX LIBRARY BOOK - with the usual stamps, stickers and labels. The item shows wear from consistent use, but it remains in good condition and works perfectly. All pages and cover are intact (including the dust cover, if applicable). Spine may show signs of wear. Pages may include limited notes and highlighting. May NOT include discs, access code or other supplemental materials. Seller Inventory # 31UMYP0061XK_ns

Book Description Condition: Poor. This is an ex-library book and may have the usual library/used-book markings inside.This book has soft covers. In poor condition, suitable as a reading copy. Please note the Image in this listing is a stock photo and may not match the covers of the actual item,1050grams, ISBN:9780123705990. Seller Inventory # 9200422

Shipping: US$ 19.10
From United Kingdom to U.S.A.
Destination, rates & speeds

Book Description Paperback. Condition: Good. Item is in good condition. Some moderate creases and wear. This item may not come with CDs or additional parts including access codes for textbooks. Might be an ex-library copy and contain writing/highlighting. Photos are stock pictures and not of the actual item. Seller Inventory # DS-0123705991-3

Book Description Paperback. Condition: Good. Minor shelf wear Good condition is defined as: a copy that has been read but remains in clean condition. All of the pages are intact and the cover is intact and the spine may show signs of wear. The book may have minor markings which are not specifically mentioned. Most items will be dispatched the same or the next working day. Seller Inventory # wbb0018769981

Shipping: US$ 11.42
From United Kingdom to U.S.A.
Destination, rates & speeds