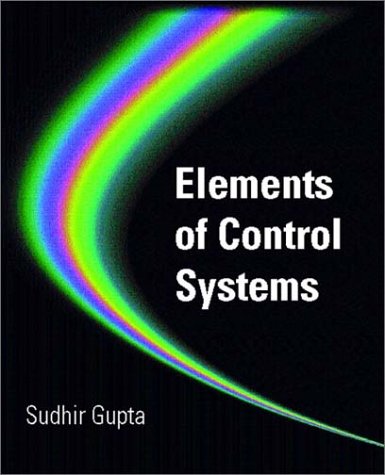 Finally, a book that fills the gap that other books leave empty! Most other textbooks on this subject were designed for students at the engineering lave! or for advanced students. This book was written for students just beginning their study of control systems. It is suitable for:

The book consists of two major sections. Part I covers control system theory, while Part II covers controllers and their applications. Schematic diagrams and in-depth descriptions of the technology help students comprehend the sometimes difficult topics of digital control, digital implementation and fuzzy logic, and chapter questions help to reinforce the ideas presented in each chapter.

It has been very difficult to decide on the precise content of such a textbook. It is not a handbook, so it cannot contain every single aspect of it, and it is not a "how-to" recipe hook focusing on very specific topics. An attempt has been made to cover the major topics in control system technology. It should permit the reader to develop sufficient understanding to operate, maintain, and regulate control systems. At the same time, it should permit the reader to design and develop basic control systems.

No attempt has been made to cover PLCs or their operation, or programming. This topic is a field in itself, and a chapter in this text could not have done justice to it. Even though a number of PLCs have begun to offer continuous control modules, their primary application is in digital I/O and not in process control.

Sensors, transducers, and actuators form an important segment of control technology, but so do microcontrollers, data converters, and instrumentation interface circuits. These again have not been covered in lieu of more relevant subject matter.

Where possible, an attempt has been made to point out the issues with circuit components and their impact on system operations. A chapter has been dedicated to digital control, still treating it from the classical control point of view. A chapter on fuzzy logic control provides a solid introduction to the topic. An attempt has been made to avoid excessive use of some of the cryptic terms commonly used with fuzzy control. How to Use the Book

It is important that the first part be studied with some diligence. The reader should be fully comfortable with the notions of time and frequency response before tackling controllers and their applications. The first chapter introduces the concept of a control system. The second chapter covers block diagrams, followed by a chapter on Laplace transformation. Laplace transformation is covered with an application-oriented approach. It is not intended to provide a solid foundation in operational calculus but apply it to determine system transfer functions in the following chapter on mathematical modeling. Having an understanding of the origin of transfer functions, time and frequency response techniques are covered. The discussion on stability is the coverage on controllers. It is intended to develop awareness for the consequences of improper controller selection and adjustment.

The second part of the book deals with controllers, their operation, adjustment, and analog and digital implementation. Some of these topics can actually be studied independently of the first, but it is not recommended. The section on digital controllers requires some understanding of microcontrollers and their programming. Annotated software listings have been provided in each case.

I would like to thank a number of people who have provided valuable support for this book project: Charles Stewart, publisher at Prentice Hall for his acceptance of the initial manuscript and his encouraging words; my copyeditor, Linda Thompson and project editor, Lisa Garboski, for their skills and painstaking effort; Eric Sells and AI Lovrich of Microchip Technology; Mark Siegesmund of CCS, Inc.; and Naomi Fernandes of The MathWorks Inc.

I would also like to thank my family: my wife Nita for putting up with my spending countless hours working on the manuscript, my son Sachin for very valuable help with computer work, and my daughter Avina for help in transforming the handwritten notes into a printed document. Above all I would like to thank them for their constant encouragement. Feedback

This being the first edition, it is possible that mistakes may have been made, in spite of the best efforts of the author and the publisher. It would be greatly appreciated if you can point these out. Any kind of constructive criticism is welcome. Sudhir K. Gupta
sgupta@mcjournal.com