Items related to England, My England 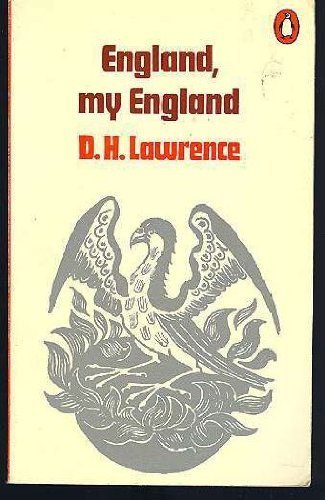 Includes Blind Man; England, My England; Fanny and Annie; Horse Dealer's Daughter; Monkey Nuts; Primrose Path; Samson and Delilah; Tickets, Please; Wintry Peacock; You Touched Me England, My England is a collection of stories by published by D.H. Lawrence in 1922. Most of the stories were written against the backdrop of the World War I. Taking war and its destruction as its main concern, the collection contains stories like, The Blind Man, The Horse-Dealer's Daughter, which is the story of young doctor who rescues a girl from drowning, and England, My England, in which Egbert, an effete aristocrat who, in his effort to reassert his masculinity, is killed in the war.

D.H. Lawrence had unconventional opinions, especially about sexuality, and at the time of his death he was thought of mainly as a pornographer who had wasted his considerable talents. But E.M. Forster, in an obituary notice, described him as ""the greatest imaginative novelist of our generation."" Later critics concurred, and Lawrence is now remembered as an important modernist intellectual.