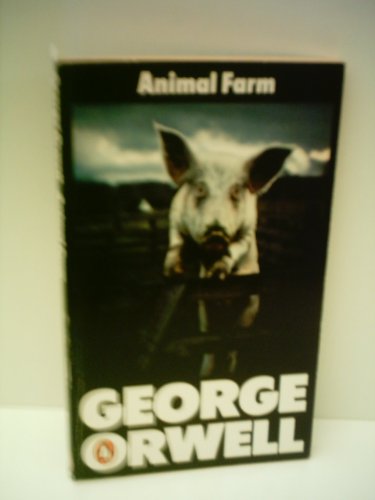 Eric Arthur Blair (1903-1950), better known by his pen-name, George Orwell, was born in India, where his father worked for the Civil Service. An author and journalist, Orwell was one of the most prominent and influential figures in twentieth-century literature. His unique political allegory Animal Farm was published in 1945, and it was this novel, together with the dystopia of Nineteen Eighty-Four (1949), which brought him world-wide fame. His novels and non-fiction include Burmese Days, Down and Out in Paris and London, The Road to Wigan Pier and Homage to Catalonia.

Book Description Penguin Books, 1981. Condition: Good. Shows some signs of wear, and may have some markings on the inside. Seller Inventory # GRP77027602

Book Description Condition: Acceptable. Paperback, the cover shows normal signs of wear. The cover may have stickers or sticker residue on it. The cover has curled corners. There is some damage along the edges of the cover and spine. There is some discoloration or foxing along the edges of the pages. The pages show normal wear and tear. The book is not written in. Fast shipping, ships within 1 business day!. Seller Inventory # 4E6IGK0008MQ