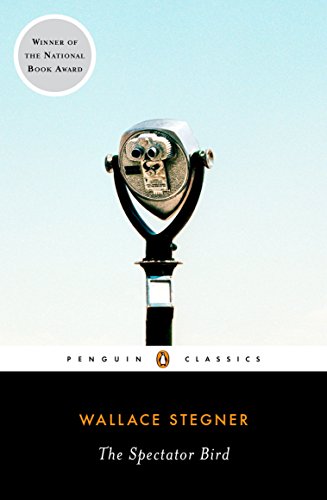 From the “dean of Western writers” (The New York Times) and the Pulitzer Prize winning–author of Angle of Repose and Crossing to Safety, his National Book Award–winning novel

Joe Allston is a retired literary agent who is, in his own words, "just killing time until time gets around to killing me." His parents and his only son are long dead, leaving him with neither ancestors nor descendants, tradition nor ties. His job, trafficking the talent of others, had not been his choice. He passes through life as a spectator.

A postcard from a friend causes Allston to return to the journals of a trip he had taken years before, a journey to his mother's birth­place where he'd sought a link with the past. The memories of that trip, both grotesque and poignant, move through layers of time and meaning, and reveal that Joe Allston isn't quite spectator enough.

Wallace Stegner (1909–1993) published more than two dozen books throughout his life, including the novels Angle of Repose, which won the Pulitzer Prize; Crossing to Safety; and The Big Rock Candy Mountain. An early environmentalist, Stegner was instrumental—with his now famous “Wilderness Letter”—in the passage of the 1964 Wilderness Act.

Jane Smiley is the Pulitzer Prize–winning author of more than ten novels and four works of nonfiction. She lives in California.