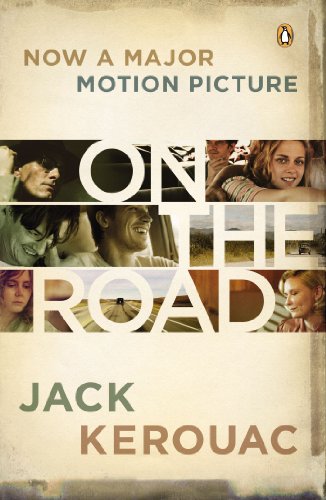 The classic novel of freedom and the search for authenticity that defined a generation—made into a 2012 film by Walter Salles, director of The Motorcycle Diaries

September 5th, 2017 marks the 60th anniversary of the publication of On the Road

Inspired by Jack Kerouac's adventures with Neal Cassady, On the Road tells the story of two friends whose cross-country road trips are a quest for meaning and true experience. Written with a mixture of sad-eyed naiveté and wild ambition and imbued with Kerouac's love of America, his compassion for humanity, and his sense of language as jazz, On the Road is the quintessential American vision of freedom and hope, a book that changed American literature and changed anyone who has ever picked it up. The movie adaptation featured a cast of some of Hollywood's biggest stars, including Kristen Stewart (The Twilight Saga), Sam Riley, Garrett Hedlund, Kirsten Dunst, Amy Adams (Julie & Julia, The Fighter), Tom Sturridge, and Viggo Mortensen (the Lord of the Rings trilogy, The Road).

On the Road is truly an influential work. Overnight, it propelled Jack Kerouac from unknown status to "king of the beats" and then helped awaken a nation of youth who shook America out of the 1950s and ushered in the excitement of the 1960s. The novel continues to inspire and has picked up a new generation of followers in the 1980s and 1990s. On the Road follows Sal Paradise as he traverses the American continent in search of new people, ideas, and adventures. But it's the way Sal and his friends--primarily Dean Moriarty--look at the world with a mixture of sad-eyed naivete and wild-eyed abandon that causes the rumbling in the soul of so many who read it.

On the Road Kerouac, Jack