Items related to The State and the Economic System: An Introduction...

Deane, Phyllis The State and the Economic System: An Introduction to the History of Political Economy

The State and the Economic System: An Introduction to the History of Political Economy 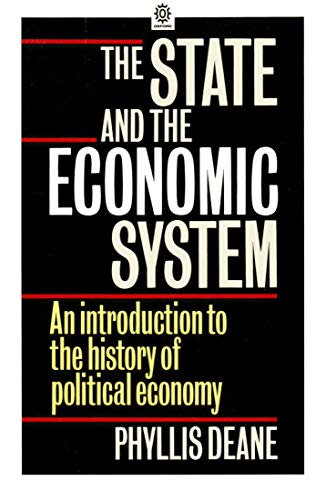 This book traces the history of economic thought over the last 300 years, from its emergence as a scientific discipline in the 17th century to the present. More than a conventional history, the book focuses on the evolution of the discipline in the light of the moral, scientific, and political ideas and attitudes with which each new generation of economists has developed its distinctive vision of a changing economic system. Deane balances the twin themes of the economists' desire to be scientific and their desire to satisfy central government's need for reliable advice on the workings of the system, offering clear and accessible analyses of the major thinkers and the problems they pose.

1. The State and the Economic System: An Introduction to the History of Political Economy Deane, Phyllis