Items related to The Illustrated Lives in the Wilderness: Three Classic... 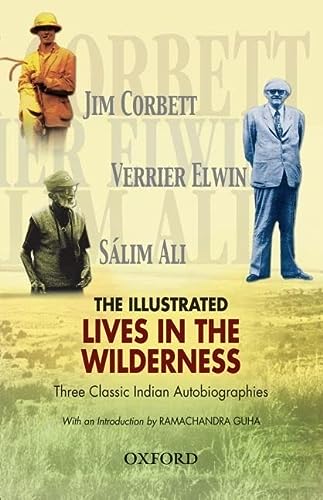 Based on the autobiographical works of three men who shared a special relationship with India, and her flora and fauna--Jim Corbett, Verrier Elwin, and Sálim Ali--this is an adopted and illustrated edition of the classic Lives in the Wilderness.

In My India, published when the author was 77, the legendary Jim Corbett writes with sympathy and concern of the people of the Indian foothills, their life, traditions, and folklore. The Tribal World of Verrier Elwin is the story of one of the greatest scholars and champions of India's tribal peoples. The hugely controversial Elwin's moving autobiography received the Sahitya Akademi award, which noted its 'sincerity, courage and charm, revealing a mind in which Western and Indian idealism were uniquely blended'. The Fall of a Sparrow is the autobiography of India's most celebrated ornithologist, Sálim Ali. From his 'first bird' at the age of ten, to birding expeditions in almost every area of the Subcontinent, Sálim Ali's account of his life and the changing world in which he lived is imbued with his characteristic charm and verve. With around 80 photographs and line drawings complementary the text, this volume will appeal to those interested in wildlife and conservation, anthropology, and social history of modern India, as well as anybody who enjoys good writing.

Jim Corbett was India's most well-known hunter-conservationist.
Verrier Elwin was one of the greatest scholars and champions of India's tribal peoples.
Sálim Ali was India's most celebrated ornithologist.

1. THE ILLUST.LIVES IN THE WILDERNESS