Items related to The Young Turks;: The Committee of Union and Progress...

Ahmad, Feroz The Young Turks;: The Committee of Union and Progress in Turkish politics, 1908-1914

The Young Turks;: The Committee of Union and Progress in Turkish politics, 1908-1914 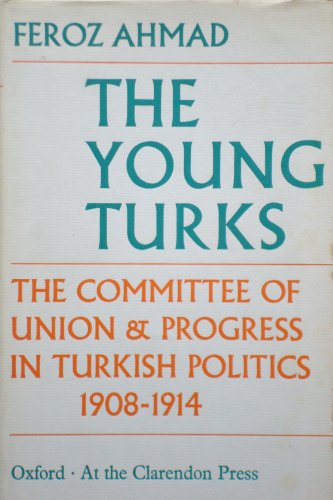 First published in 1973, this book has become the definitive study of the "Young Turks," also known as the Committee of Union and Progress. Counting Turkish army officers as its members, the Young Turks sought to reform the Ottoman Empire by provoking a constitutional revolution against Sultan Ahmed Hamid II. Feroz Ahmad describes these events and the ensuing counterrevolution of 1909, including a discussion of the "Group of Saviour officers" who were determined to destroy the Young Turks. The Unionists were routed by the Ottoman armies during the First Balkan War and suffered great losses in Macedonia. But in 1913 they regained power in a coup led by the charismatic Enver Bey. Afterward the Young Turks abandoned the idea of a "union" and pursued a more moderate policy. Ahmad's book concludes with an examination of territorial losses and the consequences of six years of war on the Ottoman state.

"The author has demonstrated a profound knowledge of Turkish politics and his scholarship is meticulous." -- "American Historical Review"

1. Young Turks: Committee of Union and Progress in Turkish Politics, 1908-14

Book Description Oxford University Press, 1969. Condition: Good. Former Library book. Shows some signs of wear, and may have some markings on the inside. Seller Inventory # GRP87777986

Book Description Clarendon Press, 1969. Condition: Good. A+ Customer service! Satisfaction Guaranteed! Book is in Used-Good condition. Pages and cover are clean and intact. Used items may not include supplementary materials such as CDs or access codes. May show signs of minor shelf wear and contain limited notes and highlighting. Seller Inventory # 0198214758-2-4