Items related to The Lord of the Rings Poster Collection: Six Paintings...

The Lord of the Rings Poster Collection: Six Paintings by Alan Lee 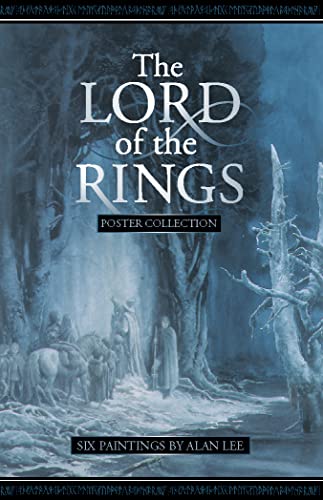 This collection features six poster paintings from Alan Lee's definitive The Lord of the Rings illustrations, and is suitable for hanging as posters or mounting and hanging.

In his classic tales The Hobbit, The Lord of the Rings, and The Silmarillion, J.R.R. Tolkien created a richly detailed fantasy world that captured the imaginations of millions of readers. These collections of postcard books and posters, which feature the paintings of top fantasy artists, celebrate Tolkienąs enduring works and his unrivalled powers of invention. Tolkienąs trilogy will soon be brought to the screen, with the first in a series of films to be released in December 2001.

Alan Lee was born in Middlesex in 1947. His illustrated books include Faeries (with Brian Froud), Castles and Merlin Dreams, and has worked on such prestigious films as Erik the Viking (Terry Gilliam), Legend (Ridley Scott), and the acclaimed NBC miniseries Merlin. He is best known however for his work on the book and film versions of The Lord of the Rings and The Hobbit.

The Lord of the Rings: Poster Collection No. 1