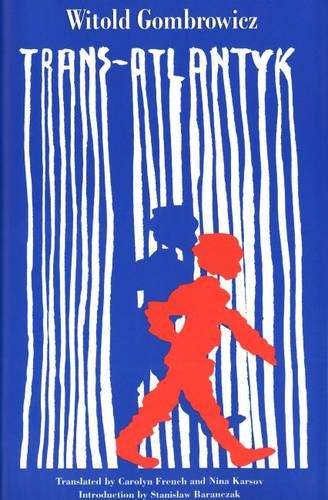 Witold Gombrowicz (1904-1969), novelist, essayist, and playwright, is considered by many to be the most important Polish writer of the 20th century. Author of four novels, several plays, and a highly acclaimed Diary, he was a candidate for the Nobel Prize in literature in 1968. Trans-Atlantyk is a semi-autobiographical, satirical novel that throws into heightened perspective all of Gombrowicz's major literary, philosophical, psychological, and social concerns. First published in Paris in 1953, it is based on the author's experience of being caught in Argentina at the outbreak of World War II. The narrator finds himself alone, without family and friends, at odds with the Argentinian literary world and with Polish emigre society. Throughout the book, Gombrowicz ridicules the self-centered pomposity of the Polish community in Argentina. More than this, he explores with prophetic vision the modern predicament of exile and displacement in a disintegrating world. The form and style of Trans-Atlantyk reinforce Gombrowicz's satire. The novel is written in the idiom of the gaweda, a 17th- and 18th-century Polish oral genre typical of the conservative culture of provincial nobility, that presents a jarring and sometimes hilarious contrast to the formless and expansive culture of the modern world. Because of its stylistic difficulty, Trans-Atlantyk is the only one of Gombrowicz's works that has never before been translated into English. Now Carolyn French and Nina Karsov have produced a daring and original translation, the product of over ten years of effort, that corresponds roughly in tone and diction to a 17th/18th-century English idiom and that conveys Gombrowicz's irreverent and fierce parody of an anachronistic culture in the 20th century.

About the Author:
Witold Gombrowicz (1904–1969) is the author of four novels, several plays, and one major nonfiction work. He was the recipient of the prestigious International Editors’ Award in 1967. Danuta Borchardt is an award-winning translator.
Language Notes:
Text: English (translation)
Original Language: Polish