National Research Council; Division Of Behavioral And Social Sciences And Education; Board On Testing And Assessment; Committee On National Statistics; Panel To Review Alternative Data Sources For The Limited-English Proficiency Allocation Formula Under Title III, Part A, Elementary And Secondary Education Act 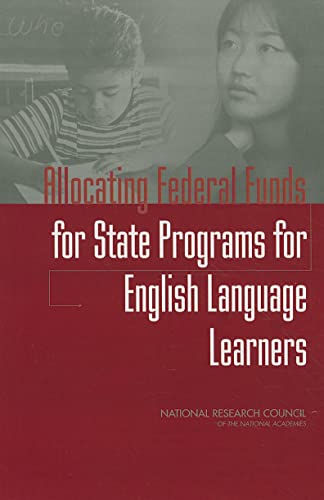 As the United States continues to be a nation of immigrants and their children, the nation's school systems face increased enrollments of students whose primary language is not English. With the 2001 reauthorization of the Elementary and Secondary Education Act (ESEA) in the No Child Left Behind Act (NCLB), the allocation of federal funds for programs to assist these students to be proficient in English became formula-based: 80 percent on the basis of the population of children with limited English proficiency1 and 20 percent on the basis of the population of recently immigrated children and youth.

Title III of NCLB directs the U.S. Department of Education to allocate funds on the basis of the more accurate of two allowable data sources: the number of students reported to the federal government by each state education agency or data from the American Community Survey (ACS). The department determined that the ACS estimates are more accurate, and since 2005, those data have been basis for the federal distribution of Title III funds.

Subsequently, analyses of the two data sources have raised concerns about that decision, especially because the two allowable data sources would allocate quite different amounts to the states. In addition, while shortcomings were noted in the data provided by the states, the ACS estimates were shown to fluctuate between years, causing concern among the states about the unpredictability and unevenness of program funding.