Items related to The Rising of the Moon

Mitchell, Gladys The Rising of the Moon

The Rising of the Moon 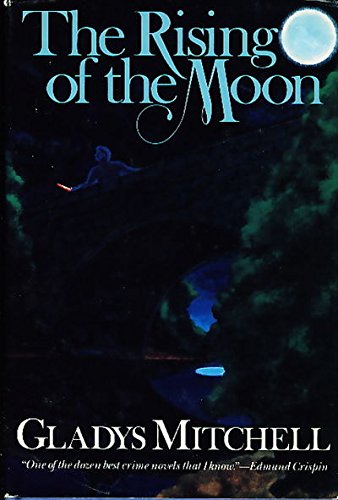 Viragoąs distinguished Modern Classics series is dedicated to the celebration of women writers of the 19th and 20th centuries and to the rediscovery and reprinting of their work.

Gladys Mitchell was born in the village of Cowley, Oxford, in April 1901. She was educated at the Rothschild School in Brentford, the Green School in Isleworth, and at Goldsmiths and University Colleges in London. For many years Miss Mitchell taught history and English, swimming, and games. She retired from this work in 1950 but became so bored without the constant stimulus and irritation of teaching that she accepted a post at the Matthew Arnold School in Staines, where she taught English and history, wrote the annual school play, and coached hurdling. She was a member of the Detection Club, the PEN, the Middlesex Education Society, and the British Olympic Association. Her father’s family are Scots, and a Scottish influence has appeared in some of her books.

1. The Rising of the Moon

2. The Rising of the Moon

3. The Rising of the Moon

4. THE RISING OF THE MOON