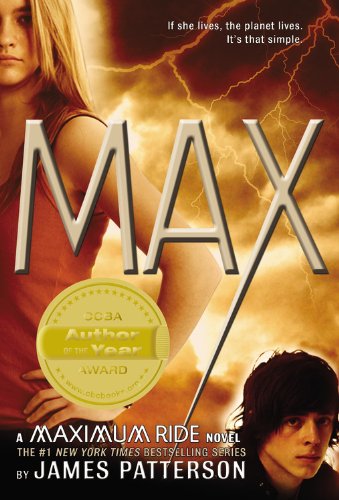 James Patterson's bestselling Maximum Ride series is back . . . and Max and her flock are ready for their most daring rescue mission yet.
Someone -- or something -- is decimating ships and sea life off Hawaii's coast, and Max and her flock find themselves sucked into the Navy's top-secret investigation of the catastrophe. Their objective: Rescue Max's activist mom from a wicked subterranean enemy. The hitch: They must dive deep into dark waters, where gruesome evil dwells . . . and for high-flying Maximum Ride, could there be anything more terrifying than being trapped in the great abyss?
With high-flying thrills, this soaring adventure takes Maximum Ride and the Flock into terrifying new territory -- fans, hold your breath!

Samuel Goldwyn said: "If you want to send a message, call Western Union." Patterson apparently missed that memo when writing this fifth book in his Maximum Ride series as the story and its characters take a backseat to environmental preaching. Nevertheless, what the book misses in character and plot, it makes up for in action and snappy dialogue. Max and her flock of part-bird teenagers fly to Hawaii to help the Navy find out what is killing millions of birds. In the process, they discover new talents and encounter new enemies. Jill Apple reads capably but lacks the spunky energy of the book's 14-year-old heroine. Many of Max's sassy observations are delivered flatly. The reading is accompanied by background music and sound effects, which add aural scenery to an otherwise flat adventure. S.E.S. © AudioFile 2010, Portland, Maine

Book Description jimmy patterson, 2009. PAPERBACK. Condition: New. New Book. Purchased from Sale Table at local book retailer(all new books). I have examined all aspects of this volume and find no flaws whatsoever. (Note:Your Satisfaction is Guaranteed. If you are not completely happy, we will refund your money immediately.no questions asked. Books purchased before 11am EST normally shipped same day.). Seller Inventory # k3x16xx0021

Book Description 2009. Paperback. Condition: New. Paperback. James Patterson's bestselling Maximum Ride series is back, with Max and the gang as The Protectors. Someone?or some"thing-"-is decimating ships and sea li.Shipping may be from our Sydney, NSW warehouse or from our UK or US warehouse, depending on stock availability. 309 pages. 0.318. Seller Inventory # 9780316002905