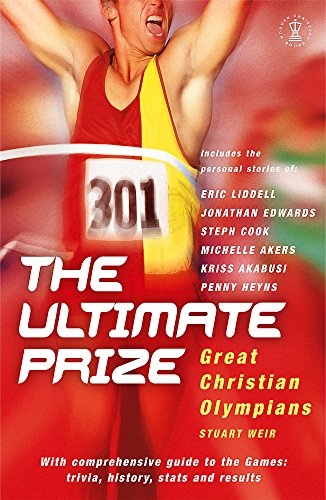 Stuart Weir provides a fascinating history to the Olympics from its origins in Greece, through the Olympian revival of the 19th century to the high-tech Olympic Villages of the 21st Century. This unique book has been written from a Christian perspective, focusing on some of the games' great Christian athletes such as Eric Liddell and Jonathan Edwards, and relating the Olympic ethos to the Gospel. He also looks at some of the lows that have hit the Olympics, from drug taking to disqualifications, as well as some of the amazing trivia and facts associated with the Olympics.

Stuart Weir is a writer and a director of Christians in Sport, a registered charity which exists to promote a Christian presence in the world of sport. He has worked on books such as Bernhard Langer's autobiography. He lives in Oxford with his wife and two children.