Items related to The Making of Star Trek

The Making of Star Trek 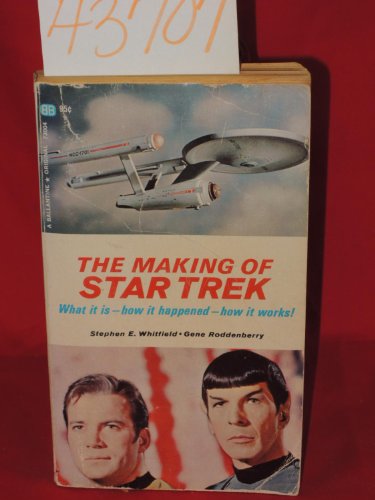 istory of what may be the most popular TV series ever -- the original Star Trek "TM" episodes! Filled with quotations from cast members, memos to and from Gene Roddenberry, biographies of cast members, sketches, photographs, set descriptions, and even budgets and cast schedules, this volume is a fascinating, invaluable behind-the-scenes account of the development and production of the original Star Trek "TM" series.

"For would-be TV writers, directors and producers, this will be an education in itself, a polished but non-varnished look at how TV really works." -- Publishers Weekly

1. The Making of Star Trek