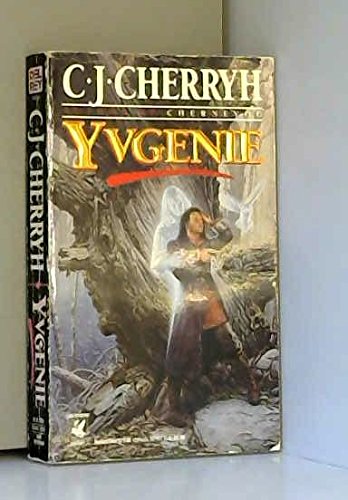 Ilyana is always careful to avoid the temptations of her gift, until she began to fall in love with a ghostly spring visitor and realizes that he is an evil wizard returned from the dead to take revenge on her mother. Reprint.

Third of Cherryh's medieval fantasies (Rusalka, Chernevog) describing the tangled relationships and doings of a wizard family living in the primeval forests of Russian Kiev. Rebellious teenage wizard Ilyana, suffocated by her overprotective mother, the wizard Eveshka, seeks instead the pleasant company of a mysterious, ghostly boy who appears in the woods. Ilyana's father, Pyetr, an ordinary mortal, and her wizard uncle, Sasha, try fruitlessly to persuade Eveshka to give Ilyana a little leeway. So when handsome noble Yvgenie appears half drowned during a storm, just as an inexplicable fire burns down Sasha's house, the wizards suspect the presence of Chernevog (another wizard, a former adversary, dead but still able to wreak harm, and the power behind the ghostly boy). Indeed, Chernevog takes Yvgenie over and proceeds to seduce Ilyana. Eveshka, returning hurriedly to the scene, warns against still other meddling dead wizards, and perhaps even the ancient elemental powers of the forest. Pyetr and Sasha, meanwhile, strive to protect Ilyana and restrain Eveshka's rage. The most bothersome aspect of all this is the sourceless, effortless magic--you're born with it, and to make it work you just wish. The multiple points of view don't help, and overall this won't win many new converts--though teenage readers will sympathize with Ilyana's plight. -- Copyright ©1991, Kirkus Associates, LP. All rights reserved.

Pyetr, his wife Eveshka, and his best friend Sasha (both wizards) have settled into a comfortable routine in their isolated forest home. Then a half-drowned young man named Yvgenie enters their lives--and the trio recognize the spirit of an old enemy, returned from the dead to threaten the life of Pyetr's daughter Ilyana. Continuing the story begun in Rusalka ( LJ 9/15/89) and Chernevog (Ballantine, 1990), Cherryh returns to the setting of pre-Christian Russia, steeped in supernatural lore, for her latest tale of magical adventure. Atmospheric intensity and an understanding of human complexity combine to make this novel a worthwhile purchase for most libraries.
Copyright 1991 Reed Business Information, Inc.