Items related to The Way Home 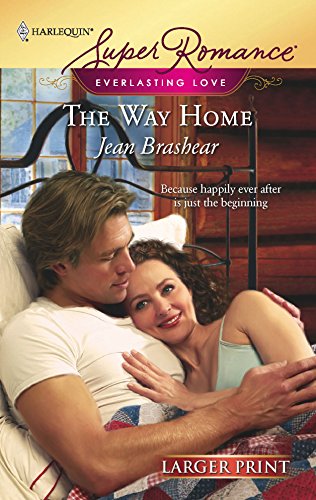 He won't give up on his wife.

James and Bella Parker have been through so much together... What started as anunlikely marriage between a blue blood and a rebel blossomed like the gardens Bellacultivates.

But she can't remember any of it. Miles from home, afflicted with amnesia,she's safe in the care of a kind doctor—and safe from the memory of the betrayal thatmade her leave. Now it's up to James to remind her of their wonderful life together, tohelp her fall in love again...and to help her find the way home.

A letter to Rod Stewart resulting in a Cinderella birthday for her daughter sowed the seeds of Jean Brashear's writing career. Since becoming published, she has appeared on the Waldenbooks bestseller list and has been a finalist for or won numerous awards, including RWA's RITA Award, Romantic Times BOOKreviews Career Achievement Award, National Readers Choice and Dorothy Parker Award. A lifelong avid reader, she still finds it a thrill to see her name on the cover of each new book.