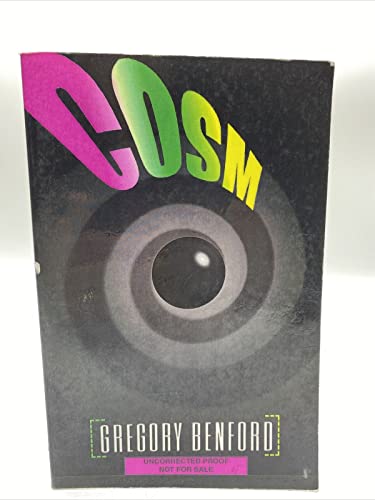 When a young scientist's ambitious experiment goes terribly wrong, a sphere that is comprised of never-before-seen components remains from the high-energy explosion, and this new form opens up a mysterious new vista that will shock the world and introduce a new realm of terror.

Alicia Butterworth is a physicist from U.C. Irvine who's trying to re-create the conditions that existed just before the big bang using the Relativistic Heavy Ion Collider on Long Island. Something goes wrong during one of the collider runs, and part of the machine explodes, leaving behind a strange metallic sphere. Butterworth sneaks the object back to Irvine, where she and a colleague determine that what they have on their hands is a window into a miniature universe, or cosm. The cosm is evolving far faster than our own universe, giving Butterworth a ringside seat as the history of creation replays itself. Her theft turns out to be just the start of what, at times, is a boisterous adventure as she becomes ensnared in the intrigue of cloistered academic and scientific circles.

Gregory Benford is a professor of physics at the University of California, Irvine.