Items related to Life After Life 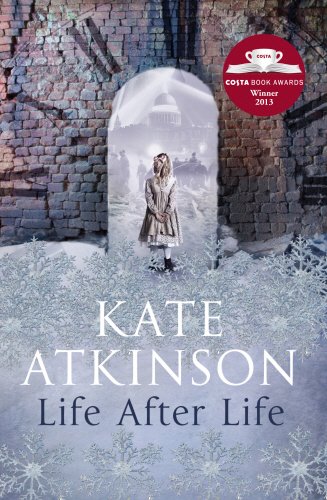 An Amazon Best Book of the Month, April 2013: Every time Ursula Todd dies, she is born again. Each successive life is an iteration on the last, and we see how Ursula's choices affect her, those around her, and--so boldly--the fate of the 20th-century world. Most impressive is how Kate Atkinson keeps the complexity of her postmodern plotting so nimble. Life After Life approaches the universe in both the micro- and macro sense, balancing the interior lives of Ursula's friends and family with the weight of two World Wars. (How many writers can make domestic drama as compelling as the London Blitz?) Life After Life is an extraordinary feat of narrative ambition, an audacious genre-bender, and a work of literary genius. --Kevin Nguyen

Kate Atkinson won the Whitbread (now Costa) Book of the Year prize with her first novel, Behind the Scenes at the Museum. Her four bestselling novels featuring former detective Jackson Brodie became the BBC television series Case Histories, starring Jason Isaacs. Her latest novel Life After Life was the winner of the Costa Novel Award and the South Bank Sky Arts Literature Prize, and was shortlisted for the Women's Prize. She was appointed MBE in the 2011 Queen's Birthday Honours List, and was voted Waterstones UK Author of the Year at the 2013 Specsavers National Book Awards.