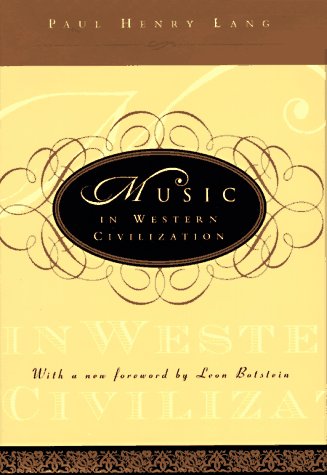 Lang's monumental history of music and musical culture has stood for the past half-century as the definitive work of its kind.

The scope of the book is vast, beginning with the music of ancient Greece and ending with that of the first two decades of the twentieth century. But music is not viewed in isolation. Rather, the author presents music as one of the many arts that, taken in conjunction, form the essence of the artistic spirit of an era.

The late Paul Henry Lang ranks among the century's most eminent musicologists. A longtime faculty member at Columbia University, he also served as editor of the Musical Quarterly and as music critic for the New York Herald Tribune.

“All in all, Music in Western Civilization is about the most fascinating general book on music I have ever read. I only wish there were more of it. 1100 pages is not a proper length for a book like that.”
- Virgil Thomson