Items related to The Norton Anthology of American Literature - 3 volume... 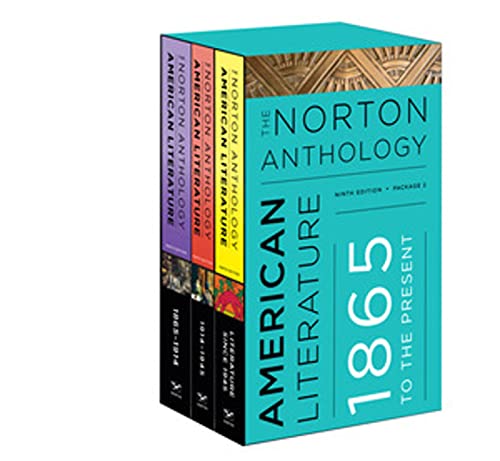 The most-trusted anthology for complete works, balanced selections and helpful editorial apparatus, The Norton Anthology of American Literature features a cover-to-cover revision. The ninth edition introduces new General Editor Robert Levine and three new-generation editors who have reenergised the volume across the centuries. Fresh scholarship, new authors-with an emphasis on contemporary writers-new topical clusters and a new ebook make the Norton Anthology an even better teaching tool and an unmatched value for students.

Robert S. Levine (Ph.D. Stanford) is Distinguished University Professor of English and Distinguished Scholar-Teacher at the University of Maryland, College Park. He is the author of Conspiracy and Romance: Studies in Brockden Brown, Cooper, Hawthorne, and Melville; Martin Delany, Frederick Douglass, and the Politics of Representative Identity; and Dislocating Race and Nation: Episodes in Nineteenth-Century American Literary Nationalism. He has edited a number of books, including The Cambridge Companion to Herman Melville; Martin R. Delany: A Documentary Reader; Hemispheric American Studies; and a Norton Critical Edition of Hawthorne’s The House of the Seven Gables.

Book Description Condition: new. Brand new US edition. If it comes with a code, the code will be included *We are unable to ship internationally*. Seller Inventory # auto-22203n