Items related to The War Commentaries 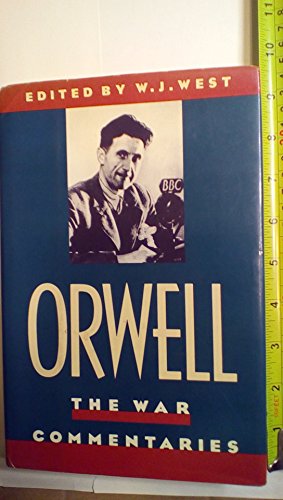 These 49 talks, written and in part delivered by Orwell from December 20, 1941, to March 13, 1943, over the BBC, were designed to counter the lies and misrepresentations being broadcast via Axis radio stations. West has restored most of the passages that were deleted by the Ministry of Information censor and provides clarifying footnotes, some of which identify clear foreshadowings of the novelist's Nineteen Eighty-Four. Orwell not only reported on weekly developments in the main theaters of war but on campaigns such as the invasion of Madagascar and early raids on the coast of Europe. The commentaries are followed by an appendix containing a selection of Axis broadcasts, including a German account of the British victory at El-Alamein and a talk by "Lord Haw-Haw" on the Communist threat to Great Britain. Admirers of Orwell will be interested to see how a writer of his stature perceived the war as it progressed week by week. The texts of Orwell's talks and the Axis broadcasts in the appendix provide a rare look at a propaganda war.
Copyright 1986 Reed Business Information, Inc.