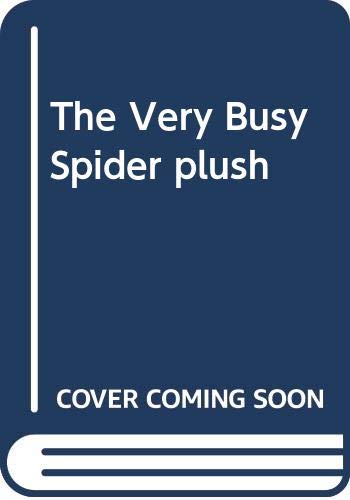 Children's Story about a spider

Every young child should be introduced to this story, as great a classic as its predecessor, The Very Hungry Caterpillar. This colorful picture book describes a spider's day. Blown onto a farmyard fence, she starts to spin a web. The other animals ask if she wants to play, but in every case "the spider didn't answer. She was very busy spinning her web." But the best thing by far is Carle's familiar, yet breathtaking skill as an illustrator.

Book Description Philomel, 2003. Condition: Good. A+ Customer service! Satisfaction Guaranteed! Book is in Used-Good condition. Pages and cover are clean and intact. Used items may not include supplementary materials such as CDs or access codes. May show signs of minor shelf wear and contain limited notes and highlighting. Seller Inventory # 0399235655-2-4