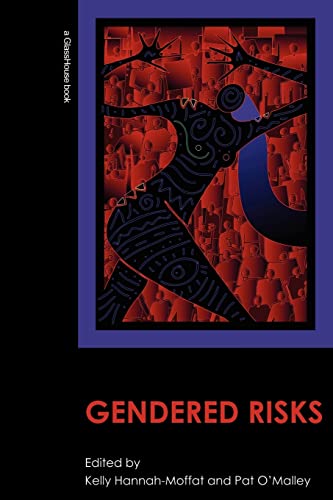 Edited and contributed to by a collection of eminent international scholars in the field, this is the first book to explore the gendered aspects of risk.

It analyzes what is currently known and identifies some of the new directions and challenges for research and theory that emerge from thinking of risk as a governmental technique; as a form of consciousness and action and as a political issue, shaped by, and shaping gender in contemporary society.

Pat O'Malley has been a leading writer in risk and social theory for many years. His monograph Risk and Uncertainty in Government was published by Cavendish/Glasshouse in 2004, and he has published two edited collections on risk, Crime and the Risk Society (Ashgate 1998) and Governing Risks (Ashgate 2005). As well, he provided the chapters on risk in the Blackwell Companion to Criminology and The Blackwell Companion to Law and Society, as well as many articles on the subject in leading social science and criminology journals. He is currently Canada Research Chair in Criminology and Criminal Justice at Carleton University, Ottawa. Kelly Hannah-Moffat is the author of Punishment in Disguise (2001), University of Toronto Press and of various other publications dealing with risk. She has been at the forefront of research linking risk and gender, through such publications as (2005) "Criminogenic Need and the Transformative Risk Subject; Hybridizations of Risk/Need in Penality." Punishment and Society; (2004)"Losing Ground: Gender, Responsibility and Parole Risk" Social Politics; (2004) "Gendering Risk at What Cost: Negotiations of Gender and Risk in Canadian Women's Prisons" Feminism and Psychology; with M. Shaw (2003) "What is a Risk: Rethinking Categories and Meanings" in B. Bloom and S. Covington (eds.) Gendered Justice: Addressing Female Offenders. North Carolina: Carolina Academic Press; and (1999) "Moral Agent or Actuarial Subject: Risk and Canadian Women's Imprisonment." Theoretical Criminology. She is currently an associate professor in the Department of Sociology / Criminology at the University of Toronto at Mississauga.