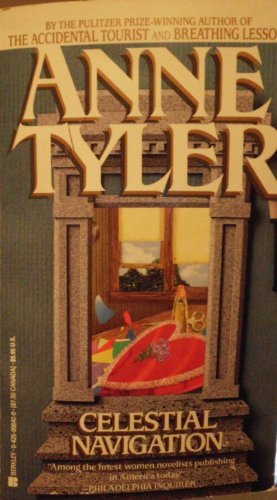 "Tyler is steadily raising a body of fiction of major dimensions."
THE NEW YORK TIMES
Thirty-eight-year-old Jeremy Pauling has never left home. He lives on the top floor of a Baltimore row house where he creates collages of little people snipped from wrapping paper. His elderly mother putters in the rooms below, until her death. And it is then that Jeremy is forced to take in Mary Tell and her child as boarders. Mary is unaware of how much courage it takes Jaremy to look her in the eye. For Jeremy, like one of his paper creations, is fragile and easily torn--especially when he's falling in love....

Anne Tyler was born in Minneapolis, Minnesota, in 1941 and grew up in Raleigh, North Carolina. She is the author of more than twenty novels, including The Beginner's Goodbye, A Spool of Blue Thread, and Vinegar Girl. Her eleventh novel, Breathing Lessons, was awarded the Pulitzer Prize in 1988. She is a member of the American Academy of Arts and Letters. She lives in Baltimore, Maryland.