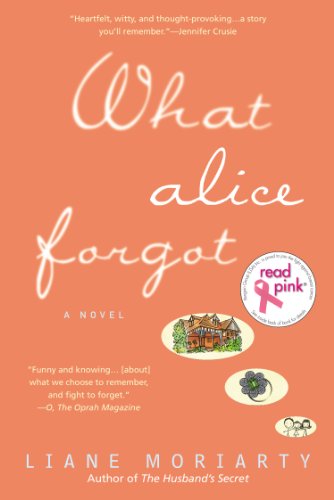 FROM THE AUTHOR OF THE HYPNOTIST'S LOVE STORY...

A cheerfully engaging” (Kirkus Reviews) novel for anyone who’s ever asked herself, How did I get here?”    Alice Love is twenty-nine, crazy about her husband, and pregnant with her first child.   So imagine Alice’s surprise when she comes to on the floor of a gym (a gym! She HATES the gym) and is whisked off to the hospital where she discovers the honeymoon is truly over she’s getting divorced, she has three kids, and she’s actually 39 years old. Alice must reconstruct the events of a lost decade, and find out whether it’s possible to reconstruct her life at the same time. She has to figure out why her sister hardly talks to her, and how is it that she’s become one of those super skinny moms with really expensive clothes. Ultimately, Alice must discover whether forgetting is a blessing or a curse, and whether it’s possible to start over

Liane Moriarty is the author of The Hypnotist's Love Story, The Husband's Secret, Three Wishes and The Last Anniversary. Her work has been published around the world and translated into seven languages. She is also the author of the Nicola Berry series for children. Moriarty lives in Sydney, Australia, with her husband and two small, noisy children.