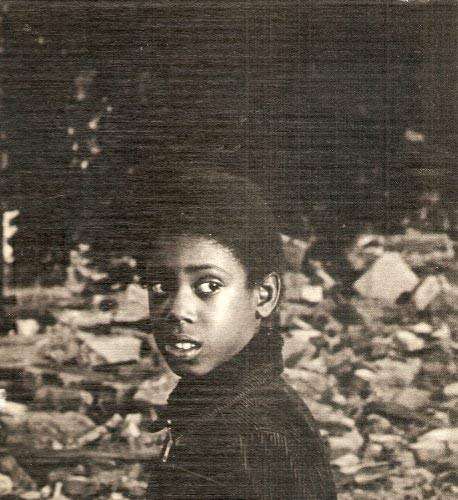 J. T. begins to change when he discovers there is more satisfaction in caring for an injured cat than in listening to a stolen transistor radio. Illustrated with black and white photographs.

To the guys on the block, J.T. is the kid who stole the radio out of the red convertible before they could get to it. His neighbor, Mrs. Morris, declares him a first-class nuisance. His mother is bewildered -- "He's just gone bad, that's all.... Stealin' and lyin' and I don't know what all." But all the sensitivity, responsibility, and care of which ten-year-old J.T. Gamble is capable emerges when he finds an old, one-eyed, badly hurt alley cat. J.T. takes on a new dimension as he lavishes all the love he is unable to express to people around him on the battered cat he has found in the junk-filled empty lot.

Jane Wagner is an American writer, director, and producer. She wrote the play The Search for Signs of Intelligent Life in the Universe, which won a New York Drama Desk Award, and the film The Incredible Shrinking Woman. Her writing debut, J.T., was also a CBS afternoon special that won a Peabody Award.