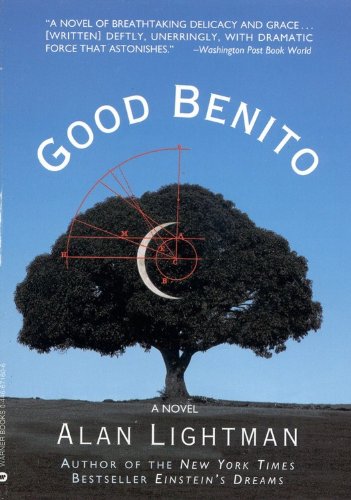 Bennett "Benito" Lang is a lonely and confused young boy who finds solace in the ordered and rigorous laws of mathematics and physics. But as an adult, when he most needs the irrefutable order and precision of science itself, Benito will learn that, despite its expansive beauty and power, it is no match for the unfathomable desires and pains of the human heart. Lightman is the acclaimed author of Einstein's Dreams.

A more prosaic work than his ingenious Einstein's Dreams, Lightman's second novel is a disillusioned bildungsroman about a physicist, Bennett Lang, who ends up discovering how little he knows of the world and its people. Told in self-contained, spare vignettes, the story chronicles a series of failed relationships between Lang and family, friends or lovers. Counterbalancing these personal affairs is the physicist's competitive scientific career, from boyhood rocket experiments to graduate school equation-crunching and academic intrigue. While trying to purify himself mathematically, Lang runs into the unpredictable human element, which has led to his Ph.D. advisor's dwindling productivity and an eccentric colleague's inability to publish but which inspires Lang to his personal breakthrough in problem-solving. Ultimately, Lang realizes that his constrained universe has squeezed out the people closest to him, such as his ne'er-do-well uncle, addicted to gambling and household repair, and his wife, whose painting is at odds with his ambitions for her. Despite an array of well-drawn secondary characters, a sense of anticlimax pervades the book like background radiation, and, after the compulsive readability of his dreaming Einstein, the appeal of Lightman's new protagonist, though not inconsequential, has a short half-life.
Copyright 1994 Reed Business Information, Inc.