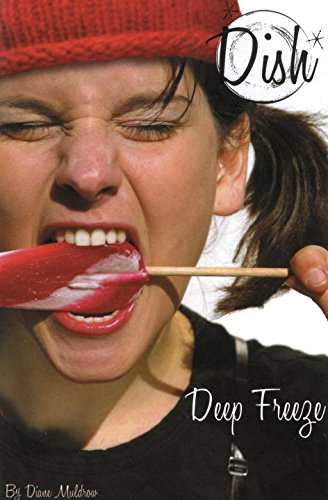 The Chef Girls are excited about the seventh-grade ski trip, which is filled with snow sports and practical jokes. But when Shawn's nemesis Angie plays a prank that goes too far, things take a dangerous turn.

Diane Muldrow grew up in Pittsburgh, Pennsylvania. She later attended Ohio University, here she earned a Bachelor Degree in Magazine Journalism and a Bachelor Degree in Fine Arts: Dance. After her graduation, Diane moved to New York. She spent several years performing as an actress and dancer in New York’s downtown avant-garde performance scene. She also danced in a performance at Lincoln Center’s Alice Tully Hall and had her own one-woman shows.

Diane has also had a successful career in publishing, both as an editor and as an author.  She has written over 100 books for children. Diane lives in Brooklyn, New York, where she enjoys trying new recipes and eating in local restaurants.