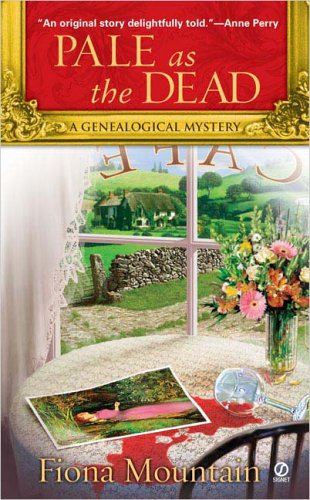 While investigating the disappearance of a beautiful young woman, ambitious twenty-eight-year-old genealogist Natasha Blake uncovers a link to Lizzie Siddal, the haunting Pre-Raphaelite artist, model, and wife of painter Dante Gabriel Rossetti, whose own life had been cut short by an overdose of laudanum. Reprint.

Fiona Mountain worked for the BBC for nine years and now runs a public relations company. Her first novel, "Isabella", published in 1999, is the only first novel to have been shortlisted for the Romantic Novel of the Year Award. "Isabella" is a fascinating retelling of the story of the mutiny on the "Bounty" from the point of view of the forbidden lovers.

"Pale as the Dead", her second novel, is the start of a highly original new mystery series starring ancestor detective Natasha Blake. Fiona Mountain lives in the Cotswolds, is married to composer Tim Mountain, and has three sons.