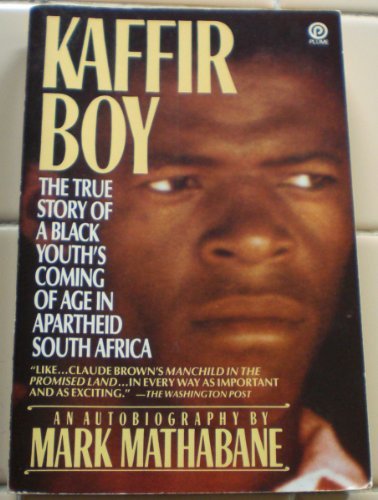 Unique first-person account of growing up black under apartheid.

Kaffir Boy does for apartheid-era South Africa what Richard Wright's Black Boy did for the segregated American South. In stark prose, Mathabane describes his life growing up in a nonwhite ghetto outside Johannesburg--and how he escaped its horrors. Hard work and faith in education played key roles, and Mathabane eventually won a tennis scholarship to an American university. This is not, needless to say, an opportunity afforded to many of the poor blacks who make up most of South Africa's population. And yet Mathabane reveals their troubled world on these pages in a way that only someone who has lived this life can.

MARK MATHABANE was born and raised in the ghetto of Alexandra in South Africa. He is the author of Kaffir Boy, Kaffir Boy in America, Love in Black and White, African Women: Three Generations, Miriam's Song, and The Proud Liberal. He lectures at schools and colleges nationwide on race relations, education, and our common humanity. He lives with his family in Portland, Oregon.