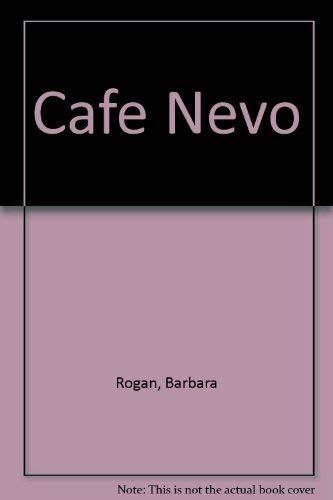 Vered begins an affair with a Palestinian in hopes of freeing herself from her husband, Peter Caspi, a famous Israeli author

Barbara Rogan has spent virtually all of her career in the publishing industry: as an editor, a literary agent, a writer, and a teacher. She graduated from St. John’s College with a liberal arts degree and started working as a copyeditor with a major New York publishing house. Shortly thereafter, she moved to Israel, where she became the English-language editor of a Tel Aviv publishing house, and a while later she launched the Barbara Rogan Literary Agency to represent American and European publishers and agents for the sale of Hebrew rights. Among the thousands of writers she represented were Nadine Gordimer, Isaac Bashevis Singer, Abba Eban, Irwin Shaw, John le Carré, and her childhood favorite, Madeleine L’Engle.

At the age of twenty-six, she was appointed to the board of directors of the Jerusalem Book Fair, the youngest director ever to serve on the board. During this period, her first novel, Changing States, was published simultaneously in England, the United States, and Israel. For some time, she continued to write and run the agency, but eventually followed her passion to become a full-time writer. Since then, she has produced seven more novels, including Hindsight, Suspicion, and Rowing in Eden. Her fiction has been translated widely and graciously reviewed. About Suspicion, the Washington Post wrote, “If you can put this book down before you’ve finished it, it’s possible that your heart may have stopped beating.”

“What Bonfire of the Vanities tried to be,” Library Journal wrote of Saving Grace. Café Nevo was called “unforgettable” by the San Francisco Chronicle and “an inspired, passionate work of fiction, a near-magical novel” by Kirkus Reviews. Rogan also coauthored two nonfiction books and contributed essays to several published anthologies. To read more about Rogan’s work, visit her website, www.barbararogan.com.

Rogan taught fiction writing at Hofstra University and SUNY Farmingdale for several years before trading her brick-and-mortar classroom for a virtual one. Her online courses and editing services are described on her teaching website, www.nextlevelworkshop.com. As a professional whose experience spans all aspects of publishing, Rogan is a frequent presenter at writers’ conferences, seminars, and retreats.

Buy Used
Condition: Good
Light wear to the wraps with toning... Learn more about this copy

Book Description Soft cover. Condition: Good. No Jacket. Light wear to the wraps with toning to the covers. Hint of page toning to the pages. Otherwise a clean, unmarked copy with no spine creases. Seller Inventory # ABE-1551406342969