Items related to The CH-Pi Interaction: Evidence, Nature, and Consequences 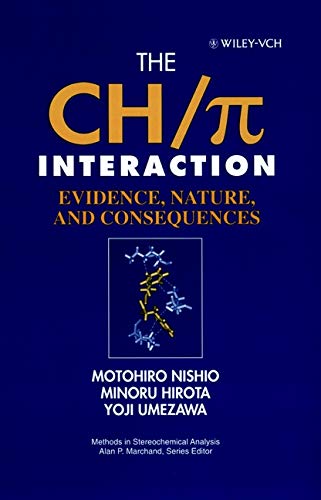 The CH/p bond may be the weakest of the hydrogen bonds, but it has been found to play important roles in the physical, chemical, and biological properties of a variety of substances. This book offers a complete overview of the experimental basis, theoretical background, and nature of the CH/p interaction to facilitate a clearer common understanding of the interaction between CH bonds and p-systems. Featured topics include:
* Evidence and methods of detection
* Quantum chemical treatment of CH/p interaction
* Comparison with other types of weak molecular interactions
* Conformational consequences
* Chiroptical properties
* Selectivity in organic reactions
* Crystal structures of clathrates
* Inclusion compounds
* Interligand interactions in coordination chemistry
* Specific interactions in protein structures
* Prospects and possibilities for use in biochemistry and materials science

The CH/p Interaction makes an important contribution to the understanding of weak intermolecular forces and their potential value to the biochemical and pharmaceutical sciences. It will be welcomed by physical and synthetic organic chemists; structural chemists; and pharmaceutical and biochemists.

This book presents an overview of the experimental basis, theoretical background, and nature of the CH- Interaction. The "CH- Interaction" refers to a weak attractive force that originally was inferred from structural data obtained by spectroscopy. The characteristics of this weak force are compared to those of other hydrogen bonds. The topic is timely for several reasons: the growing trend in chemistry toward understanding weak intermolecular forces, and the possibility of the influences of these forces in biochemical and pharmaceutical sciences, such as the areas of drug action and receptors.