Items related to Eye to I: The Autobiography of a Photographer

Blumenfeld, Erwin Eye to I: The Autobiography of a Photographer

Eye to I: The Autobiography of a Photographer 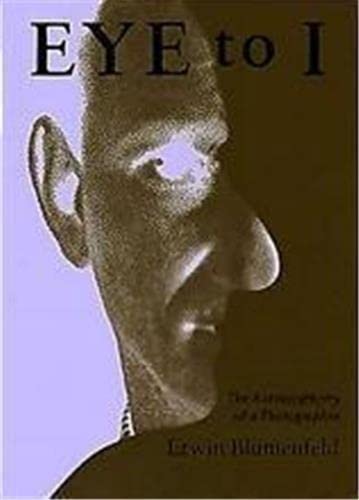 The life of Erwin Blumenfeld, one of the century's best-known photographers, was by no means conventional. By turns acerbic, self-mocking, playful, even absurd, his autobiography is a compelling, virtuoso account of an extraordinary man. All his subjects--his Jewish family, the Germans, the Vichy French, his models, New York publishers--are dealt equal measures of wit, mockery, and merciless irony. He spares himself least of all. Born in turn-of-the-century Berlin, Blumenfeld was drafted to serve in the First World War, first as an ambulance driver (although he couldn't drive) and then as a bookkeeper in a field brothel, and he was awarded the Iron Cross for giving his sergeant French lessons. Between the wars he was part of an avant-garde circle that included such artists as Else L?asker-Schler, George Grosz, and members of the Dada movement. During the Second World War, Blumenfeld was interned in a series of French camps but eventually arrived in New York, where he found work with Vogue and Harper's Bazaar, producing many of their most memorable covers and becoming fashion's highest-paid photographer. From the creator of some of the most striking and influential photographs ever taken, Blumenfeld's autobiography--published here in English for the first time--is a biting and iconoclastic take on the century, and the insightful, gripping story of an exceptional life.

Although Erwin Blumenfeld would no doubt have emphatically denied it, his autobiography might be seen as an example of the trajectory of an artistic life brutally fashioned by the vicissitudes of 20th-century European history. Born in 1896 into a bourgeois Berlin Jewish family, he served in the German army during World War I, was linked to the Berlin dada coterie, and was interned in France in World War II, all before finally immigrating to America and finding eventual acclaim as one of this century's great photographers. Such a bald summary actually does this book a disservice. Avoiding the self-justifications and stage-managed chronologies of the typical autobiography, Blumenfeld's story is a witty and linguistically exuberant delight, abounding in puns and narrative passages that rival the work of many professional writers.

Eye to I is merciless in its treatment of the author himself--chance and accident guide Blumenfeld far more than heroics or judgment, to which his account of the series of brutal internments in French concentration camps attests. But then again, it is precisely this attitude that helps him survive: the 20th century was not made for the rational, and Blumenfeld's irony and ridicule is perversely a mark of the utmost sanity. Berlin dada, only fleetingly mentioned, must have helped hone these weapons--the only ones that an artist like him could wield. Blumenfeld proved himself as quirky and original a prose writer as he was a photographer; this beautifully translated book with its too-brief selection of extraordinary images (including an astonishing 1933 photomontage of Hitler) is a marvelous testament to a life and to art vigorously and joyously made. --Burhan Tufail, Amazon.co.uk

1. Eye to I: The Autobiography of a Photographer

2. Eye to I: The Autobiography of a Photographer Blumenfeld, Erwin; Mitchell, Mike and Murdoch, Brian