Items related to Just So Stories 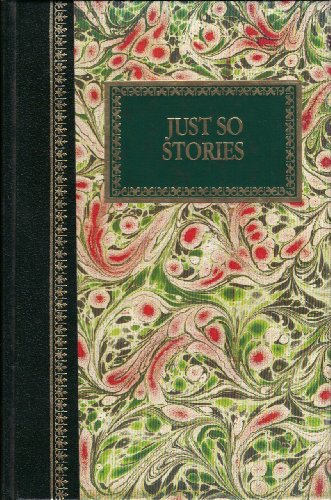 Twelve stories about animals, insects, and other subjects include "How the Camel Got His Hump," "The Butterfly That Stamped," and "How the Alphabet Was Made."

How did the camel get his hump? Why won't cats do as they are told? Who invented reading and writing? How did an inquisitive little elephant change the lives of elephants everywhere? Kipling's imagined answers to such questions draw on the beast fables he heard as a child in India, as well as on folk games with language, exploring the relationships between thought, speech, and the written word. He also celebrates his own joy in fatherhood. The tales were told to his own and his friends' children over many years before he wrote them down, adding poems and his own illustrations. They invite older and younger readers to share a magical experience, each contributing to the other's pleasure, but each can also enjoy them alone, as more jokes, subtexts, and exotic references emerge with every reading. This fully illustrated edition includes two extra stories and Kipling's own explanation of the title.

Kipling's own drawings, with their long, funny captions, illustrate his hilarious explanations of How the Camel Got His Hump, How the Rhinoceros Got His Skin, How the Armadillo Happened, and other animal How's. He began inventing these stories in his American wife's hometown of Brattleboro, Vermont, to amuse his eldest daughter--and they have served ever since as a source of laughter for children everywhere.