Items related to Conceptual Mathematics: A First Introduction to Categories 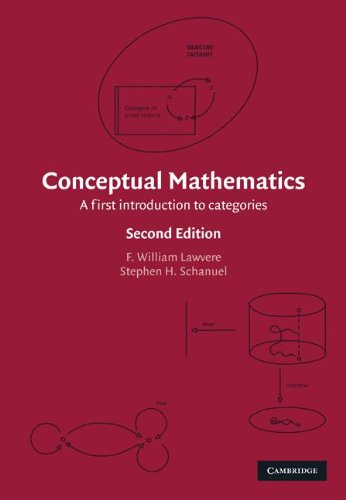 In the last 60 years, the use of the notion of category has led to a remarkable unification and simplification of mathematics. Conceptual Mathematics, Second Edition, introduces the concept of 'category' for the learning, development, and use of mathematics, to both beginning students and general readers, and to practicing mathematical scientists. The treatment does not presuppose knowledge of specific fields, but rather develops, from basic definitions, such elementary categories as discrete dynamical systems and directed graphs; the fundamental ideas are then illuminated by examples in these categories.

Book Description:
Conceptual Mathematics introduces the concept of category to beginning students, general readers, and practicing mathematical scientists based on a leisurely introduction to the important categories of directed graphs and discrete dynamical systems. The expanded second edition approaches more advanced topics via historical sketches and a concise introduction to adjoint functors.
About the Author:
F. William Lawvere is a Professor Emeritus of Mathematics at the State University of New York. He has previously held positions at Reed College, the University of Chicago and the City University of New York, as well as visiting Professorships at other institutions worldwide. At the 1970 International Congress of Mathematicians in Nice, Prof. Lawvere delivered an invited lecture in which he introduced an algebraic version of topos theory which united several previously 'unrelated' areas in geometry and in set theory; over a dozen books, several dozen international meetings, and hundreds of research papers have since appeared, continuing to develop the consequences of that unification.