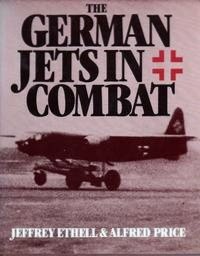 During the desperate closing stage of the Second World War, the Germans brought into action several new aircraft types of which three were highly advanced: the jet-propelled Messerschmitt Me 262 Sturmvogel , the Arado Ar 234 Blitz, and the Messerschmitt Me 163 Komet. Lengthy interviews with several of the German pilots who flew these early jets in combat...Over 150 photographs, the majority from private collections and have never been previously published