Items related to Social Movements of the Sixties and Seventies

Social Movements of the Sixties and Seventies 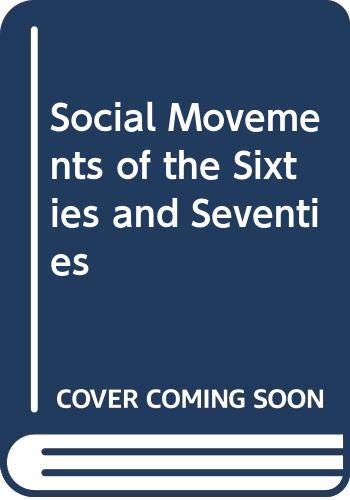 This unique anthology on social movements of the sixties synthesizes case history and theory to illuminate both. Traditional and emerging theoretical perspectives are presented and criticized. Movement actions were analyzed and alternatives assessed. Chapters are organized around key topics of concern to scholars and activists: Origins, Mobilization, Organization, Strategy, and Decline. Their authors have written an integrated volume whose contributions were assembled and edited to complement each other. Finally, the movements in this book are highly varied. They include national and local, radical and reform, infamous and obscure movements, social and religious efforts to change or prevent change in individuals, laws, values, and the entire social structure. The efforts of such groups as tenants, mine and mill workers, the disabled, draft resisters, transit workers, Chicago Indians, Hawaiian farmers, and California farmworkers are critically scrutinized, as are the ci