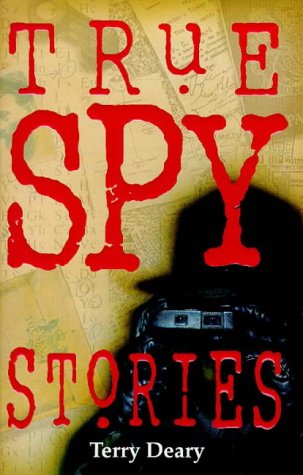 In these true tales of international espionage, find out about: the Internet spy who hacked into military secrets and ended up dead; the ruthless emperor who spied on his own army; and the double agent who was awarded medals for bravery by the country he betrayed.

Terry Deary is the author of more than 160 books. He writes both fiction and nonfiction to much acclaim and has a hand in the televison, theater, and radio worlds. His Horrible Histories series has sold twenty million copies worldwide and has been translated into twenty-eight languages. Deary has won numerous awards, including Blue Peter's Best Nonfiction Author of the Century in the U.K. Visit Terry Deary's Web site: www.terry-deary.net.

Deary proves that fact can be more amazing and unbelievable than fiction as he share true international spy stories throughout history. Narrator Stephen Thorne is splendid as he regales listeners with flops and fiascoes in ancient times and tales of WWII turncoats. We are brought up to the '90s with recent American spies. Thorne is a master of accents and irony, which add a jolt of reality, lest his listeners become too enthralled with the James Bond-like derring-do of the stories. Although the title is promoted for children, adults may understand and enjoy it more. S.G.B. © AudioFile 2001, Portland, Maine-- Copyright © AudioFile, Portland, Maine