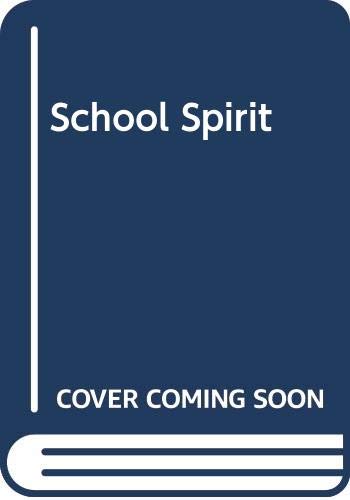 Fearing that Edison-Armstrong School will close and force him into a school away from his closest friends, Julio rallies Lucas, Cricket, and Zoe into a campaign to save the school that tests his school spirit. Reprint.

Grade 4-6-Another fun adventure with the kids featured in Class Clown (1987) and Class President (1990, both Morrow). The school board has threatened to close Edison-Armstrong School, and fifth-graders Julio, Lucas, Cricket, and Zoe decide to form the Save Our School Committee. When bossy Jennifer Harper, a sixth grader, takes over the committee, Julio decides he must do something on his own to help. In between searching for a worthwhile project, he accidentally sets off the fire alarm, frightens his grandmother by walking on the window ledge of their apartment, and comes up with the best birthday gift for his brother. In the end, Jennifer gets all the credit for saving the building, which is disappointing to Julio, who worked so hard, but not unrealistic. Hurwitz once again offers an amusing and entertaining book. She also convincingly conveys the young people's desire to keep their school for their younger brothers and sisters. A surefire hit.
Elaine Lesh Morgan, Multnomah County Library, Portland, OR
Copyright 1994 Reed Business Information, Inc.

Soon after his election (Class President, 1990), having learned that his school may close next June, Julio begins a campaign to save it. He sees Jennifer as a potential ally but, unfortunately, she's ``like a steamroller....he hadn't realized that Jennifer could be so bossy and unpleasant.'' As she implements a slew of ideas--T-shirts, letters, songs, articles, an assembly--he's first angry and then feels ``as if he was just a big lump of nothing.'' Still, keeping the larger goal in mind, he works with her, makes his own contributions, and eventually restores his self-esteem. Julio is resourceful, responsible, creative, and thoughtful; his fifth grade did well to elect him. In her lively drawings, Dugan wisely retains the flavor established by Hamanaka in the earlier books about him. Rewarding light fare for readers moving into chapter books, or for less proficient older readers. (Fiction. 7-11) -- Copyright ©1994, Kirkus Associates, LP. All rights reserved.